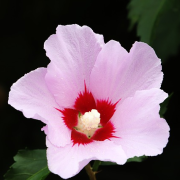 Lamu has been in existence as a Swahili settlement since the 14th century. It is also one of the key areas of Kenya tourism and one of the places to visit in Kenya. In this post, I share 10 things to do in Lamu.

Lamu has seen many visitors and has been influenced by different cultures from the Portuguese explorers, Turkish traders and Omani Arabs. The Island town is Kenya’s oldest living town and one of the original settlements along coastal East Africa.

Other islands in the Lamu archipelago include Manda, the smaller Manda Toto, Pate and Kiwayu. The island is surrounded by rich marine life, many of these islands have Swahili ruins dating back to the 14th century, as well as some well-hidden exclusive beach lodges.

Keep reading to see more attractions from these beautiful islands that you may consider going to on your next beach holiday to the Kenya Coast. I share with you things to do in Lamu Kenya.

One of the things to do in Lamu would be to visit Lamu Fort. Lamu Fort is a massive two-storey stone structure located in Lamu Old Town. The fort is the largest and most prominent building in Lamu town and was constructed in 1813 to protect residents from invaders. The port changed hands several times and at one point it was used as a prison between 1910 and 1984.

It was later handed over to the National Museums of Kenya who restored it in 1986. Today the fort has a wide variety of educational and cultural activities which you can explore when you visit the Island.

The Lamu Museum is on the waterfront. It is located in a building that was once occupied by Jack Haggard who was Queen Victoria’s consul at this outpost during the colonial period. It displays rich Swahili culture that includes a reconstructed Swahili house and ruins from Takwa.

Other exhibits include Lamu’s nautical history, the Maulid Festival and tribes that lived along this part of the coast include the Boni tribe were famously known to hunt for elephants.

Among other cultural sites, you will get to experience is the Swahili House Museum that gives you a glimpse of the traditional set up of a Swahili home.

Lamu’s German Postal Museum was originally built as a private home in the late 1800 then later Transformed into a post office between 1888 and 1891. It is now restored and the museum has photographic exhibits and memorabilia showing the long historical relationship between Germany and Kenya. The museum also shows the early industrial sector and its gradual development that’s to communication via postal services in Kenya

5. Relax On The White Sandy Beaches

6. Go To The Donkey Sanctuary

Apart from dhows, donkeys are the main means of transport in Lamu. In respect to this, the donkey sanctuary was established to treat these hard-working animals. It is located in northern Lamu near the waterfront.

Still wondering what more to do in Lamu? Take a walk to the Old Town. The old town is an important centre of the study of Swahili culture which has a strong Arabic element. You can get a guide to take you around the maze of narrow streets characterizing the town or choose to wander in exploration around the old town’s streets. The architecture of the buildings is especially unique.

Most buildings are constructed out of local materials including coral –rag blocks for the walls, wooden floors supported by mangrove poles, makuti roofs and intricately carved shutters for windows. The town which was drafted as a UNESCO world heritage site in 1980 is the oldest and best-preserved example of Swahili settlement in East Africa.

The Island sits North East of the larger Lamu archipelago. Kiwayu has enviable beaches and some excellent snorkelling spots. It is one of the best places to visit in Kenya. Hotels and lodges on the Island often organize game viewing safaris to Boni and Dodori game reserves. Other activities here include scuba diving, boating, sailing watercraft activities.

The Island is located about 30 minutes from Lamu via a boat ride. It remains a thriving 16th-century Swahihili trading post and one of the oldest historical sites to visit in Kenya. Among the more notable features at Takawwa is the unique Friday mosque with a large pillar atop the Qibla wall. The ruined town of Takwa lies across the channel and up to a narrow mangrove creek on Manda Island.

It can be approached only by boat and only on a rising tide. It appears that Takwa was the holy city as all doors faced Mecca. Some residents of Sheila believe that they are descendants of Takwa still visit the ruins to pray. The Takwa ruins were designated a Kenya National Monument in 1982.

The Shanga ruins are located on the south coast of Pate Island and about an hour walking distance from Siyu. Shanga was a large Swahili town about 1000 years ago and was occupied by inhabitants between the 8th and 14th century.

Local legend says that the town was settled by Chinese traders from Shanghai thus the name Shanga. Chinese pottery has been found among the ruins to support this story. The ruins contain the remains of coral walls, 2 palaces, 3 mosques and a cemetery outside the walls with hundreds of tombs.

The Whale Monument in Lamu. Located on your way to Old Town. The monument is made of Whale Bones.

The floating restaurant is located between Lamu Old Town and Shela Island. It offers local delicacies, that is Swahili dishes and sea food. It also has a bar.

My experience in taking boat rides in Lamu Island. If it is your first time getting to Lamu Check out my video on things to do in Lamu

A tour of Lamu by night on a boat. The boat took us from the floating restaurant to Shela Island

How to Get to Lamu Island

Lamu is best accessed by air. There are scheduled flights daily from Nairobi to Mombasa, Diani Beach and Malindi. There are also direct flights from Lamu to Nairobi. The airstrip that connects to Lamu Island is located on the neighbouring Manda Island and is accessible to both public aeroplane and private chartered flights.

A dhow and boat taxis ferry arriving passengers to either Lamu town or Sheila. Many yachts also come to Lamu often sheltering in the channel near Sheila.

How to Get Around Lamu

There are no vehicles on Lamu Island. The many corners and narrow streets of the town are best discovered on foot. Sheila Village and the beaches are also accessible by foot. Alternative taxi dhows regularly carry passengers back and forth.

Dhow safaris are most ideal to visit the surrounding archipelago and explore the isolated villages and ancient ruins plus enjoy the five-star grandeur at few luxurious resorts at Manda, Siyu, Pate and Kiwayu. You also have an option of hiring a donkey to tour the Island.

How to Stay Safe in Lamu

Lamu might be a tiny place and relatively safer than the bigger coastal cities but when visiting it is advisable to be cautious and to keep an eye on your belongings and avoid walking alone after dark. More details on how to stay safe in Kenya can be read on the Ultimate Kenya Travel Guide.

Lamu enjoys a pleasant tropical climate. The rainiest months are May, June and July. Whereas the rainfall in Lamu is minimal in January and February. Mid-November to March is the best time to visit Lamu when the sunshine is perfect.